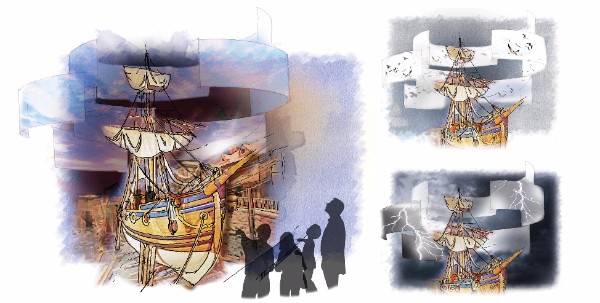 The Manitoba Museum has received a $500,000 donation from the Hudson’s Bay Company (HBC) History Foundation.

The funds will benefit the museum’s Bringing Our Stories Forward Capital & Endowment Campaign. The contribution is the campaign’s largest private donation to date.

The project will renew 23,000-square-feet of museum space once complete, with upgrades to the Orientation, Grasslands and Nonsuch Galleries, and the construction of a new Winnipeg Gallery.

“We take great care and pride in the Nonsuch and the HBC Museum Collection’s preservation, promotion and accessibility for generations to come. It is one of Canada’s most unique and treasured collections,” said Claudette Leclerc, Manitoba Museum executive director and CEO.

The renewed galleries are scheduled for completion in 2020 and are planned to coincide with Manitoba’s 150th celebration, HBC’s 350th anniversary and the Manitoba Museum’s 50th anniversary.