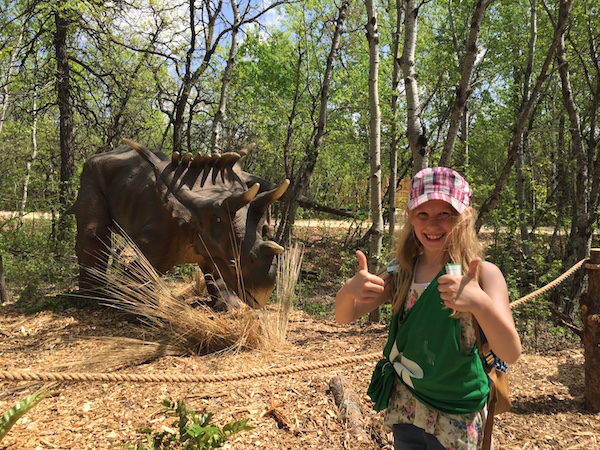 The larger-than-life dinosaur attraction at Assiniboine Park Zoo earlier this year is making a return in 2017.

Dinosaurs Alive! was held over until October 30 when it first opened on the May long weekend. Its popularity and success with visitors have made bringing it back an easy decision for zoo officials.

“This is definitely an exhibit that people like to visit again and again and we saw that this summer,” said Gary Lunsford, senior director, animal care and conservation at Assiniboine Park Conservancy.

“Not only was it a draw for tourists, our local visitors enjoyed it so much that we’re confident people will be excited to see it return for a second year.”

More than 335,000 people took in the exhibit during its run.

Dinosaurs Alive! features 15 life-sized animatronic dinosaurs throughout a forested path in the zoo. The exhibit offers visitors the opportunity to step back in time to the prehistoric era as the lifelike dinosaurs move and roar demonstrating how they may have looked and moved in a natural environment millions of years ago.

The exact dates for Dinosaurs Alive! will be announced in the spring.