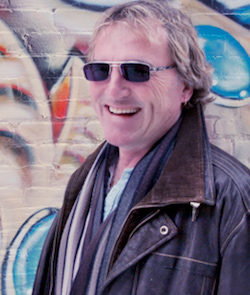 Winnipeg radio veteran Tom McGouran has found a permanent spot on 94.3 The Drive.

McGouran had been guest hosting the last several months — given unofficial ‘intern’ status — but has landed a gig co-hosting alongside Kerri Salki on the station’s morning show.

“I’m really honored to be joining the incredible team here at The Drive, I can’t wait to get started,” McGouran said.

Local listeners will most likely recall McGouran on the former 92 CITI FM, where he spent nearly 20 years. Before joining The Drive, McGouran reunited with fellow co-host Larry Updike to reignite their long-running “Tom and Larry” show for an online audience in March 2014.