Home » The Canadian Press » Freedom Road on the Way? Ottawa to Kick in More Cash for Road to Cut-Off Reserve

Freedom Road on the Way? Ottawa to Kick in More Cash for Road to Cut-Off Reserve 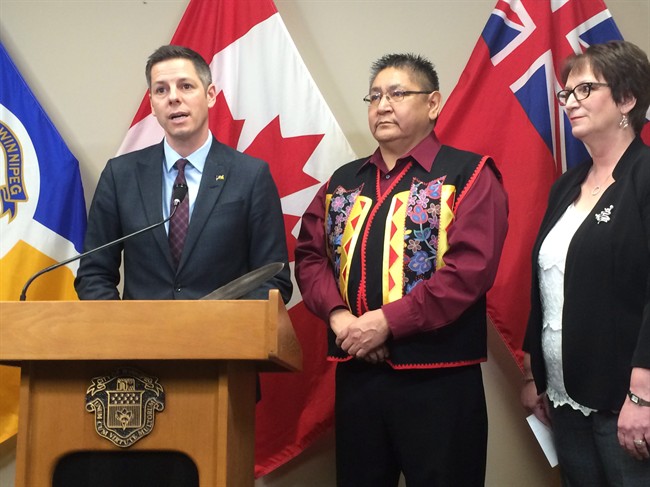 WINNIPEG – The chief of an isolated reserve struggled to describe his emotions Monday after the federal government said it would spend up to an additional $10 million to make sure an all-weather road gets built.

Ottawa’s announcement would appear to remove the final hurdle to getting a road built to the reserve on the Manitoba-Ontario boundary and help solve one of Canada’s longest boil-water advisories.

The First Nation was cut off from the mainland a century ago during construction of an aqueduct which carries fresh water to Winnipeg. Surveyors said at the time that the land was largely uninhabited “with the exception of a few Indians.”

While water continues to flow to the Manitoba capital, Shoal Lake’s several hundred people have been advised to boil their water for 18 years.

The road, which is to include two bridges, will make it more affordable for the community to bring in equipment to build a water treatment facility.

It will also put an end to sometimes dangerous crossings across the water or ice that residents must make to shop, get health care or go to high school. Some people have died falling through the ice and an aging ferry that is used in warmer months is prone to breakdowns.

“The significance of where our water comes from is not lost on Winnipegers,” Mayor Brian Bowman said as he stood beside Redsky.

The reserve has been pushing for a road to cross the water and connect to the Trans-Canada Highway for decades. A year ago, the federal, Manitoba and Winnipeg municipal governments agreed to split equally the estimated $30-million cost.

Since then, the price tag has risen and negotiations were held to determine who would pay the overrun.

“We’re really happy to say that (the time frame) to start the work on this project can now be measured in weeks and months,” said Eileen Clarke, Manitoba’s indigenous affairs minister.

“Manitoba Infrastructure at this time is preparing a tender so that they can move forward very quickly.”

A large section of the 24-kilometre road is on provincial Crown land and is in the final stages of an environmental assessment. A bridge on city land is at a similar stage. The section on the reserve is ready for construction to begin immediately, Redsky said.

“We want to enjoy everything that every Canadian enjoys, which is to be able to drive home 365 days of the year … and that day will be coming soon.”

← Previous: Goldeyes Pitch in to Help Winnipeg Harvest Next: Don't Leave Keys in Your Ignition, Running or Not: Police →
Tags: Canada | Manitoba