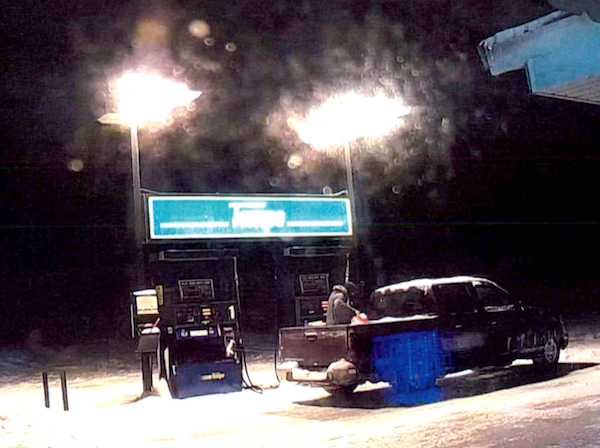 A suspect is shown on surveillance video at a gas station in Ashern, Manitoba before it was robbed on December 6, 2016. (RCMP HANDOUT)

RCMP are searching for a suspect after two separate robberies within the past week.

The first was on December 6 when a gas station was robbed in Ashern, Manitoba by an armed suspect at around 1:30 a.m. The suspect demanded money and cigarettes and fled southbound on Highway 6 in a red GMC pickup.

RCMP searched the area, but couldn’t locate the vehicle or suspect.

The following day, the Lake Manitoba First Nation arena had its VLTs robbed, with the suspect taking off in a similar vehicle as the first robbery.

Police located the pickup truck on December 8, but have yet to make an arrest in either of the robberies. No employees were injured during the incidents.