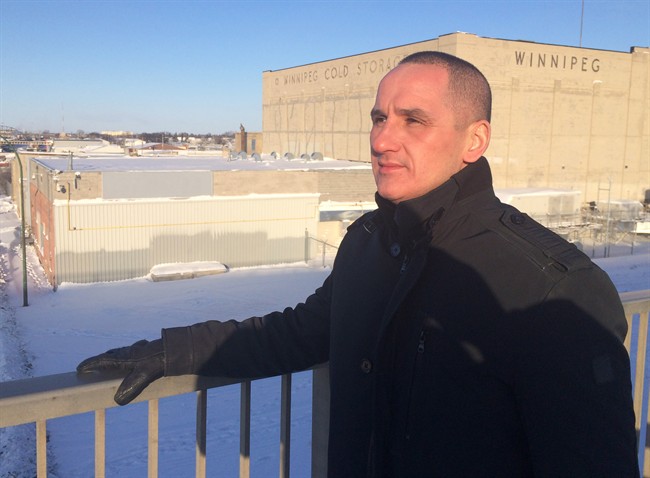 Kevin Chief, a former cabinet minister and popular New Democrat, is seen in his Point Douglas constituency on Wednesday, December 14, 2016. Chief announced Wednesday he is leaving politics – a move one analyst called a big loss for the opposition NDP. (THE CANADIAN PRESS/Steve Lambert)

WINNIPEG – A former cabinet minister and arguably the most popular member of the Manitoba New Democratic Party caucus is quitting politics to spend more time with his family.

Kevin Chief said Wednesday his decision is not related to the challenges his party is facing, and has been prompted by the birth of his third child last spring. All three boys are under seven.

“The job of a (legislature member) is quite demanding. There’s a lot of evenings and weekends, and I’ve made the decision to be there more for my children, to be able to share some of those experiences and first moments with my young boys,” Chief told The Canadian Press.

“This decision is 100 per cent based on my family.”

Chief, 42, was born and raised in poverty in Winnipeg’s Point Douglas neighbourhood. His father was an indigenous trapper who had moved to the city.

Chief got a scholarship to the University of Winnipeg and was a star basketball player. He later helped develop programs to allow inner-city elementary school kids to take classes on campus and to attend summer day camps elsewhere in the community.

After an unsuccessful run in a 2010 federal byelection, he won a seat in the Manitoba legislature the following year and was soon elevated to cabinet. Over the next five years, he held a variety of portfolios including minister of children and youth opportunities.

A skilled organizer, he was able to get hundreds of people together on short notice for fundraisers or community events. He developed a reputation for maintaining strong ties to his constituents. When the NDP was defeated in the provincial election in April, he easily kept his Point Douglas seat and won the highest percentage of votes among NDP candidates.

The vacancy means a byelection in the downtown constituency must be held within six months.

One political analyst said his departure, which takes effect at the end of the month, is a serious blow for the 13 remaining New Democrats.

“It’s a big, big loss for the NDP … because he gave the party some credibility, and he was a very prominent figure in the general community, but particularly in the aboriginal community,” said Paul Thomas, professor emeritus of political studies at the University of Manitoba.

“His credibility and appeal crossed party lines, I think, and the NDP needs somebody like that.”

Chief was pressured by some party members to run for leader following an internal caucus revolt in 2014. He declined and kept a low profile in the battle, but ended up backing then-premier Greg Selinger along with 34 delegates from Point Douglas.

Chief said he is not at liberty to say what lies ahead for him, other than spending the holidays with his family. Any future job will be focused on his neighbourhood, he said.

“I’m exploring those opportunities that will allow me to keep giving back to an incredible neighbourhood that has given me so much and my family so much.”

Interim NDP Leader Flor Marcelino said in a written statement that Chief’s colleagues will “miss his experience, his wisdom, his guidance and his friendship.”

“I know from experience, as do many members of our caucus, how challenging a life in politics can be for those with young children,” Pallister said in a written statement.

“Kevin’s passion for, and commitment to, his community has been evident throughout his career.”