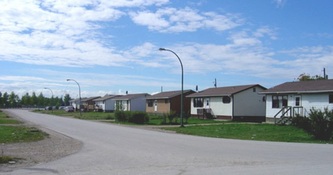 Land in the Big Eddy settlement is now under the control of the Opaskwayak Cree Nation after the Manitoba government transferred ownership. The land transfer also includes several homes previously owned and managed by Manitoba Housing.

“The Manitoba government has worked closely with the OCN chief and council to ensure this transition will be seamless for tenants.”

Eleven houses, three duplexes and 14 vacant lots have been sold for a nominal amount. The Manitoba government will provide $200,000 to OCN to address needed repairs at some of the properties. OCN will also be making additional investments to upgrade the properties.

Current tenants are able to remain in their homes with OCN as their landlord. Fielding noted OCN expects to meet with tenants in early 2017 to discuss the transition process and future plans.