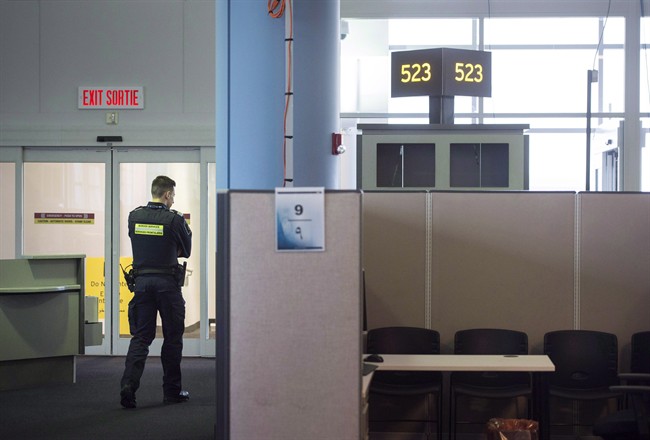 A Canadian Border Services agent stands watch at a gate at Pearson International Airport in Toronto on Tuesday, December 8, 2015. (THE CANADIAN PRESS/Darren Calabrese)

A Winnipeg man will appear in court on Monday to answer to 136 counts of immigration fraud.

Vladimir Bibilov, 56, allegedly acted as an unauthorized immigration consult between January 2009 and December 2015.

The Canada Border Services Agency says Bibilov was not licensed to do the work he was doing, and collected fees from foreign nationals with the promise to provide immigration services to Canada.

The CBSA says he also provided false and misleading information to induce or deter immigration to Canada.

“The CBSA takes immigration fraud very seriously and is committed to fully investigating and prosecuting those who violate our laws and seek to profit illegitimately from our immigration system,” said Kim R. Scoville, regional director general, CBSA Prairie Region.