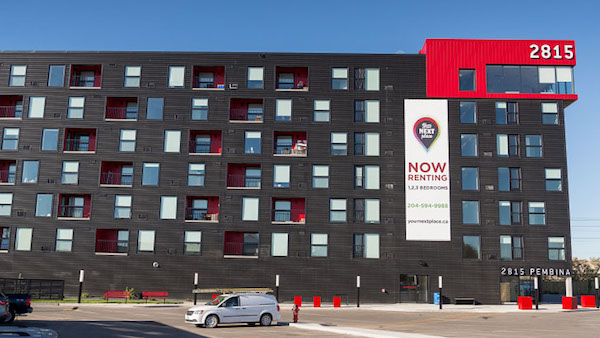 WINNIPEG — A man is in police custody after multiple condominium complexes were broken into on Pembina Highway in November.

Police say the suspect forced his way into several buildings and gained access to the parkade area. Vehicle windows and windshields were smashed before property was stolen.

One of the buildings targeted was The Spot, owned by Towers Realty. Multiple tenants reported break-ins and called on management to do a better job of providing security for the building. The cost of underground parking at the residence is $120 per month.

A request for comment from the company went unanswered in November.

← Previous: Woman Rescued from Winnipeg Hotel After Being Forced to Work as Escort Next: Raising the Roof for Thunderbird House →
Tags: Crime | Winnipeg Police