Home » Columns » Do You Recall? More Vehicles on the Road Needing TLC

Do You Recall? More Vehicles on the Road Needing TLC 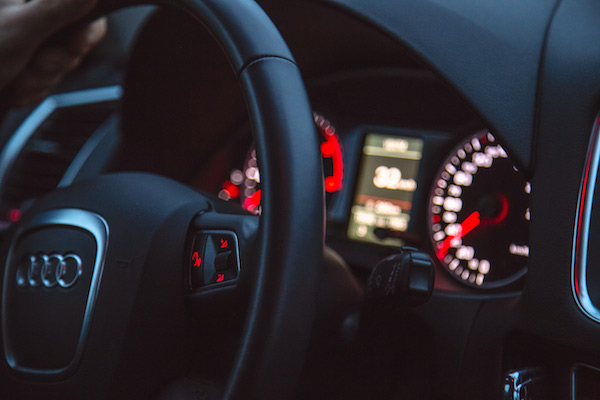 NEEPAWA, Man. — If you own a used vehicle, there’s a good chance that some part of it isn’t operating as it should. There’s also a good chance that it’s been subject to at least one recall. From airbags, to steering components, to brakes, figures indicate that approximately one in six Canadian vehicles has an open recall. This means that a recall has been issued by Transport Canada, but the defect hasn’t been corrected.

Figures from Transport Canada, the agency that tracks motor vehicle safety recalls, show a rising number of recalls. Since 2010, recalls of passenger vehicles for safety-related issued have climbed from 133, to 232 per year, an almost 75 per cent increase. In 2015, there were 22 million licensed cars and light trucks in Canada and that same year, recalls existed for five million of those vehicles.

This September, General Motors announced a recall of 4.3 million vehicles, including 362,000 in Canada, due to a software issue that could prevent airbags from deploying. The same month, Nissan announced a recall of 10,819 vehicles in Canada over a potential brake fluid leak that could cause a fire and Ford added 1.5 million vehicles to a recall to fix door latches that could pop open when a vehicle is in operation. The September recall brought the total number of effected Ford vehicles in North America to 2.4 million, 233,034 of which are in Canada.

Auto manufacturers must tell owners if a safety-related recall has been issued and most of the defects are fixed by a dealer free of charge. The problem is that many owners don’t seem to know that a recall for their vehicle exists. They say that they haven’t received the notices that manufacturers are required to send. With changing ownership and addresses, it’s easy to see how this could happen.

But the fact that many recalls remain unfixed is a problem, given the seriousness of some of the defects.

This isn’t a new problem either. In September 2015, CBC reported that then Manitoba Minister of Consumer Protection, Ron Lemieux, was planning to start consultations with the automobile industry to look at ways of addressing unfixed safety recalls. Finding out if a recall has been issued for a vehicle is actually pretty easy, but it requires some effort from a car owner. Transport Canada maintains a database that allows vehicle owners to input the make, model and year of their vehicle and it will search for any applicable recalls. Depending on the make of vehicle, owners can also get information about vehicle specific recalls by going to the manufacturer’s website and inputting their VIN. This search will also identify whether or not the recall has been remedied. These are all available free.

For those buying a used a vehicle, services such as CarProof will also list the status any recalls. When buyers purchase through a dealership, they are usually shown these documents, but fixing any open recalls isn’t required as part if a vehicle sale.

While some recalls present a real safety risk, there are no requirements that they must be fixed prior to registration and safety inspections don’t identify or provide any information about open recalls. While manufacturers must report completion rates to Transport Canada, they aren’t subsequently made public.

The real problem is that no one wants to shoulder full responsibility for the updates. Licensing and safety inspections fall within provincial jurisdiction, but issuing and tracking recalls fall under federal jurisdiction. While auto manufacturers and dealership want to keep their customers happy and safe, ultimately, fixing recalls comes out of their pockets. Unless some level of government decides what level of compliance they want and how to enforce it, it’s up to vehicle owners to stay informed- ultimately, their safety is in their own hands.

← Previous: Winnipeg Under an Extreme Cold Warning as Temps Nosedive Next: Toronto Company Banking on Dressing Your Dog for Winter in 5 Seconds Flat →
Tags: Canada | Manitoba