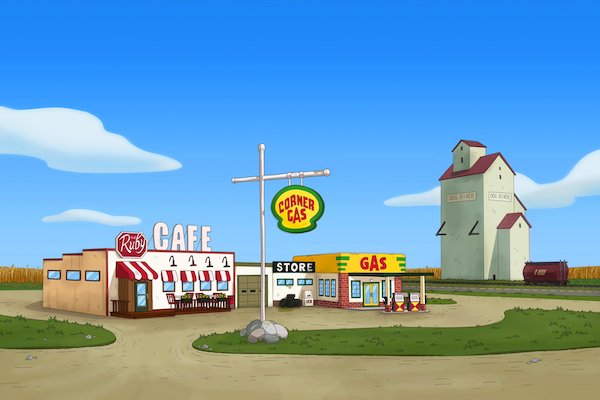 TORONTO — It’s back to the pumps for “Corner Gas” as the Canadian sitcom smash is being rebooted as an animated series.

The award-winning show was the No. 1 sitcom in Canada throughout its entire six-season run, which ended in 2009. The cast reunited for “Corner Gas: The Movie,” which was released in 2014.

Pre-production on the animated version of “Corner Gas” will begin in January.

The main cast of the original series — including creator and star Brent Butt — will return to lend their voices to the new show.

Co-star Janet Wright died last month, but her portrayal of the long-suffering matriarch Emma Leroy will live on in the new animated series, with the blessing of her family. Casting for her character’s voice is currently underway.

The 13-episode, half-hour series will debut on The Comedy Network during the 2017-18 season.

“It’s been a huge amount of fun creating animated scripts for our ‘Corner Gas’ gang,” Butt said in a release.

“We used to come up with some pretty wild fantasy sequences and bizarre flashbacks in the old story room, but were limited with what we could do in the real world. Buckle up! We’re not in the real world anymore!”