Home » News » Do You Know These Men? Suspects Sought in Home Robbery

Do You Know These Men? Suspects Sought in Home Robbery 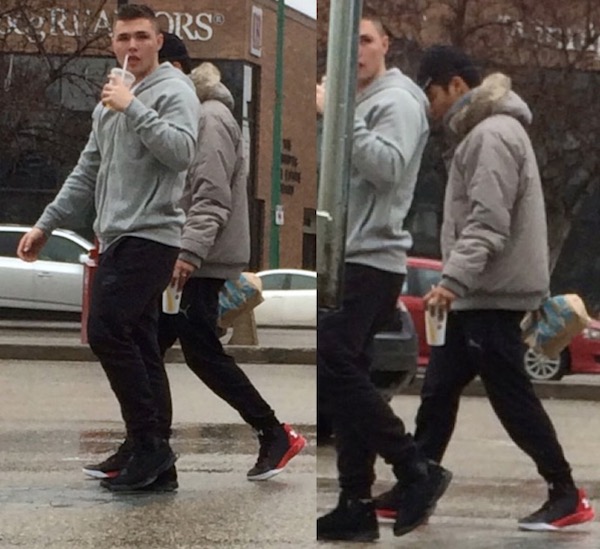 These two suspects are being sought in connection with a home robbery in the RM of MacDonald on November 23, 2016. (RCMP HANDOUT)

Two male suspects are the target of an RCMP investigation into a home robbery on Lasalle Road in the RM of MacDonald, Manitoba.

Electronics and jewelry were stolen from the residence on November 23. Police arrived that afternoon to find the front door forced open.

The two suspects were seen carrying items away from the home and fleeing in a black Dodge pickup truck on McGillivray Boulevard.

The vehicle had been reported stolen and later recovered.