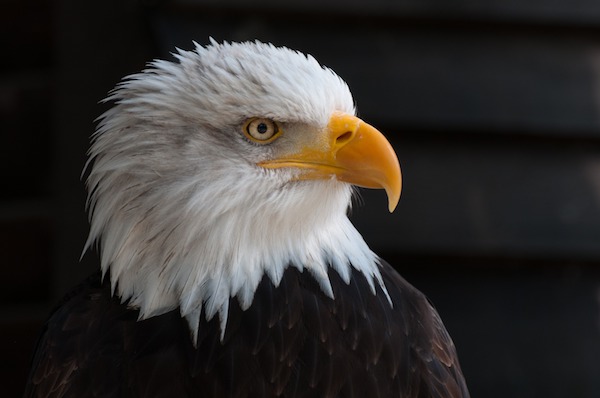 KAMLOOPS, B.C. – An injured eagle that was coaxed to safety in southeastern British Columbia with the help of a hockey stick and a chunk of salmon appears to be on the mend.

The juvenile male bald eagle, dubbed Illy, appeared to have a broken wing when it was spotted in Revelstoke on Friday. But with no trained wildlife officers nearby, it was up to two passing RCMP officers to use Canadian ingenuity to nab the bird.

The officers used a hockey stick to extend a chunk of salmon to the starving bird and he followed the fish to a spot where rescuers could cover and gently restrain him.

Cpl. Thomas Blakney says he was told the eagle may have been in the area for a week or more, so he used his day off to drive it more than 200 kilometres to Kamloops for treatment the next day.

Animal health technologist Sean Daley of the B.C. Wildlife Park says the bird was emaciated and arrived just in time.

He says Illy needed an immediate transfusion of blood supplied by two other eagles in care, but he’s now doing well at a nearby facility and could be released near Revelstoke within a few weeks.

“His blood showed that he wasn’t in a position to keep on living. Without that transfusion, it’s unlikely he’d be able to make any kind of recovery,” says Daley.

Blakney, who thought he had captured a female eagle, is looking forward to seeing Illy released.

“I saw the pictures of her after the transfusion and by the looks on her face, I’m pretty confident we are going to see her back here.” (CFJC)