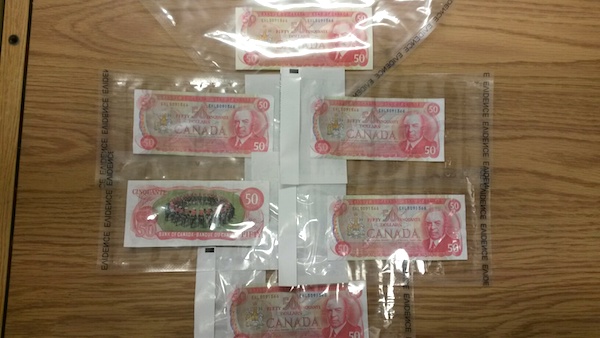 Counterfeit money seized in Dauphin after a man allegedly produced the bills and used them at a local business. (RCMP HANDOUT)

RCMP have arrested a man after they say he produced counterfeit $50 bills and made purchases at a Dauphin business.

Police received a report of the counterfeit bills on Monday and examined surveillance video from the business. A local bank was also discovered to be in possession of the fake currency, which had the same serial number.

RCMP executed a search warrant at a home on Tuesday evening on 5th Avenue SW in Dauphin. They seized the original $50 bill and a computer.

Jayson Scott Larry McDougall, 39, of Dauphin has been charged with making counterfeit currency.