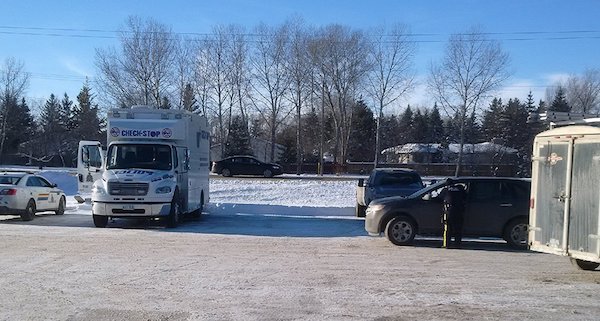 A driver is handed a ticket for distracted driving after allegedly slowing traffic to take a photo of an RCMP Checkstop van. (RCMP / TWITTER)

A driver who slowed down to allegedly take a picture of an RCMP Checkstop vehicle couldn’t have done it at a worst location.

Mounties tweeted on Thursday that the 58-year-old was pulled over for distracted driving while slowing traffic to snap a photo of their van.

RCMP are in the midst of their annual holiday checkstop program, looking for impaired drivers, but also mindful of those who are distracted behind the wheel.

The driver was given a $204 fine and five demerits.

Police were cheeky in their tweet, adding the hashtag #ForReals in reporting the hard-to-believe incident.

Manitoba has the most strict demerit penalty system in Canada for such offences. You don’t have to be talking on your phone to receive a distracted driving ticket. The act of simply holding the electronic device in your hand constitutes an infraction.