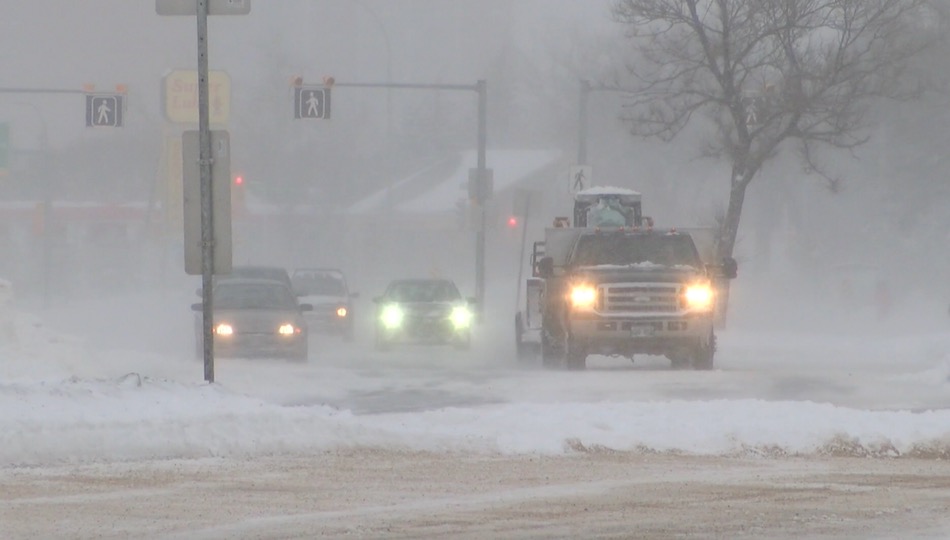 WINNIPEG – A prairie snowstorm that blanketed much of southern Manitoba closed highways and prompted authorities in Winnipeg to ask residents to stay home.

Environment Canada meteorologist Bryan Van Wilgenburg says depending on what part of Winnipeg you were in, anywhere between 18 and 33 centimetres fell between Christmas and Boxing Day.

Many highways in Manitoba were closed, including the Trans-Canada Highway as well as two highways that run south from Winnipeg to the U.S. border.

The City of Winnipeg asked people to limit their travel to essential trips only, noting that snow clearing was focused on keeping larger thoroughfares open for essential services.

Still, major shopping malls in Winnipeg tweeted they were open for Boxing Day sales, although some noted that stores might open later due to the weather.

Manitoba Hydro spokesman Bruce Owen says about 1,600 customers in the St. Norbert area of Winnipeg were without service for about four hours after snow-clearing equipment knocked over a pole with a transformer.

Owens says due to the amount of snow Sunday night, it was a “challenge moving equipment around.”

He says that the snow, combined with strong winds, could continue to cause problems for the utility. Owen explains that snow-blanketed tree limbs could act like sails, break off and strike power lines.

According to Environment Canada, the most snow fell in Boissevan in southwestern Manitoba, which received 36 centimetres.

Van Wilgenburg says the snow was mostly finished by Monday afternoon and that winds were expected to subside later in the day.