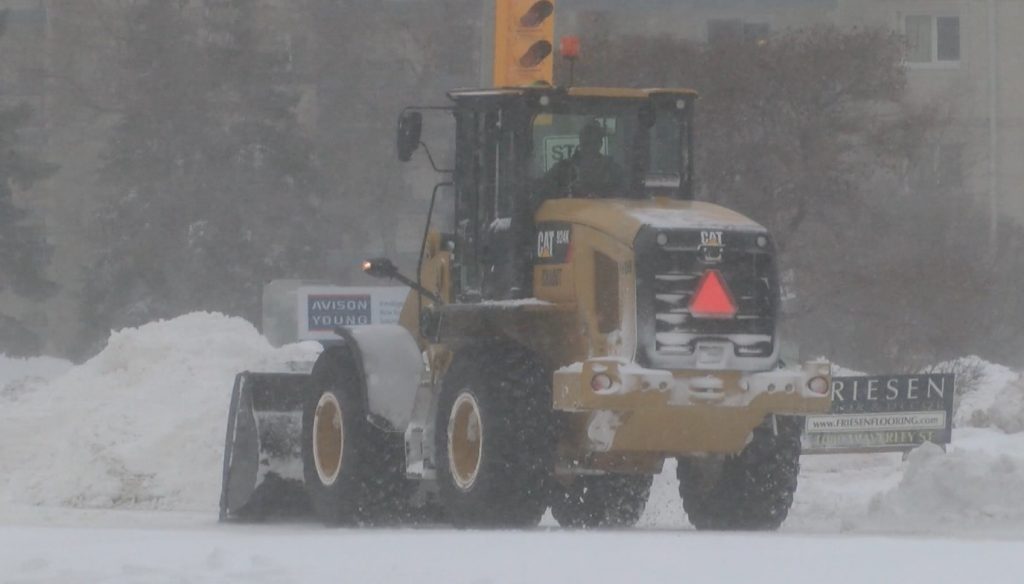 WINNIPEG — After two impactful winter storms in December, the city is ready to handle more snowfall.

Between 5 to 10 centimetres is forecast to fall Friday as part of an Alberta clipper moving in from the west.

Residential plowing from a Boxing Day Colorado low is still ongoing and will continue into Saturday. The city says snow clearing operations will be adjusted as needed based on road conditions and accumulation of snow. Sanding trucks will be deployed to improve traction on the roadway and, if required, plowing will initially focus on main routes.

A residential parking ban remains in effect until Saturday. Plowing is currently taking place on residential streets in snow zone A and plows will head to zone E from 7 p.m. tonight until 7 a.m. Saturday.

Garbage and recycling collection is running a day behind schedule in some areas, but the majority of areas are back on track after Monday’s storm.

The city has also closed the Kenaston Snow Disposal Site as it had reached capacity for the winter season on Friday.