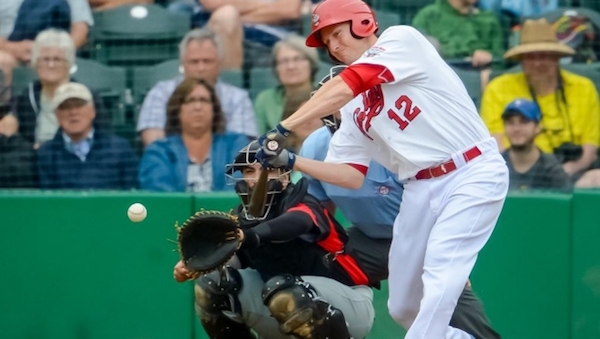 The Winnipeg Goldeyes have re-inked outfielder and first baseman David Rohm for 2017.

Rohm had an MVP-calibre season for the Goldeyes in 2016, ranking fourth in the American Association in batting average (.339), hitting seven home runs, and finishing tied for fifth in the league with 71 RBI.

“I’m really excited to have David Rohm back for 2017,” said Goldeyes’ manager Rick Forney. “David is coming off a very good 2016 campaign, and I’m hopeful he can pick up where he left off.”

Rohm heads into his eighth season of professional baseball with a .286 lifetime average, 20 home runs, and 308 RBI in 691 games played.

← Previous: Portion of Highway 10 Down to One Lane Through Riding Mountain Next: Man's Fall Shuts Down Millennium Library →
Tags: Baseball | Winnipeg Goldeyes