Home » Sports » McGovern Back with Goldeyes for 2017

McGovern Back with Goldeyes for 2017 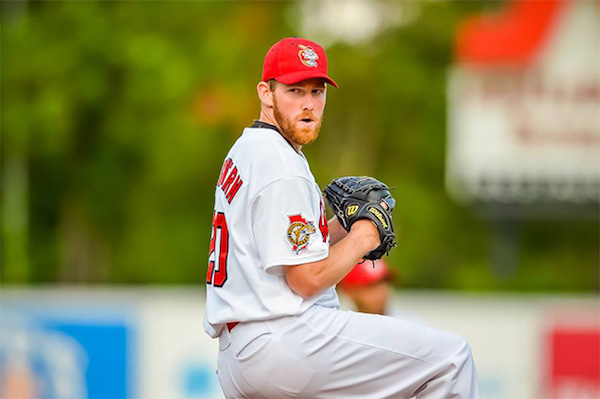 Left-handed pitcher Kevin McGovern has re-signed with the Winnipeg Goldeyes for the 2017 season.

McGovern was 8-3 last year in 21 regular season starts, while finishing 12th in the American Association in ERA (3.56) and second in strikeouts (125).

“I’m very pleased to have Kevin back in our rotation for 2017,” said Goldeyes’ manager Rick Forney.

“In my opinion, he was the best left-handed starter in the American Association in 2016. Kevin really matured as a pitcher last year, and we are very excited to watch him continue to develop.”

The Philadelphia native is 22-18 with a 4.35 ERA over 85 games, 60 of them as a starting pitcher in five professional seasons.

The Goldeyes now have three players officially signed for the 2017 season.