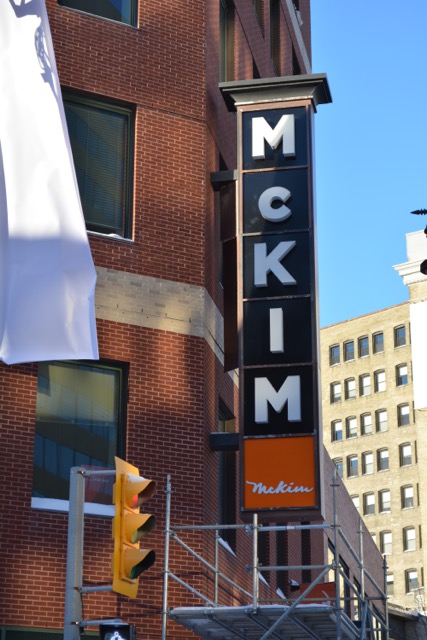 The historic Crocus Building at 211 Bannatyne Avenue has a new name.

A sign for the McKim Building — as it’s now known — was unveiled Wednesday by McKim Communications Group. The advertising agency is a longstanding tenant and one of the building’s owners.

“Renaming this historical site as the McKim Building is indicative of a new chapter for a building that has had a significant role in the story of downtown Winnipeg,” said Peter George, McKim president and CEO.

The building’s origins stem from J. H. Ashdown Hardware store, a major hardware store at the turn of last century.

Other tenants in the building include Winnipeg’s Contemporary Dancers, Winnipeg Folk Festival, and Across the Board Café.