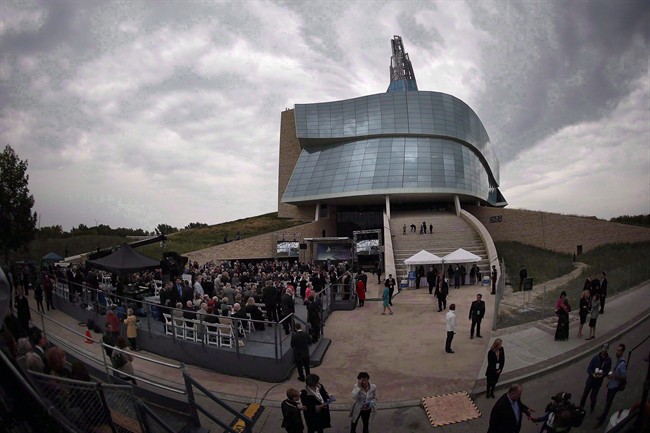 Guests gather at the grand opening of the Canadian Museum For Human Rights in Winnipeg on September 17, 2014. (THE CANADIAN PRESS/John Woods)

Admission into the Canadian Museum for Human Rights will leave more cash in your pocket to kick off Canada’s 150th anniversary year.

The CMHR is offering a special admission price of $5 between January 17 and 31. Admission continues to be free for children under 7.

The Canada 150 exhibition 1867: Rebellion & Confederation, which opened in mid-December, is currently running in the Museum’s Level 1 Gallery, featuring over a hundred fascinating artifacts pertaining to our country’s birth. Entry is included with general admission.

The museum is reopening Tuesday after its annual maintenance week closure. Daily hours of operation are Tuesday to Sunday, 10 a.m. to 5 p.m. and until 9 p.m. on Wednesdays.