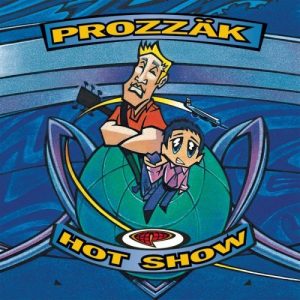 It will not suck to be a Prozzak fan when the cartoon duo plays the Pyramid Cabaret this spring.

Simon and Milo, who are depicted as animated characters of Jay Levine and James Bryan McCollum of The Philosopher Kings, will bring their 1990s hits to Winnipeg on April 5.

Prozzak had such songs as “Sucks to Be You” and “Strange Disease,” which tops the charts of MuchMusic back in the day.

The band’s Forever 1999 tour is moving across Canada from Ottawa to Victoria.