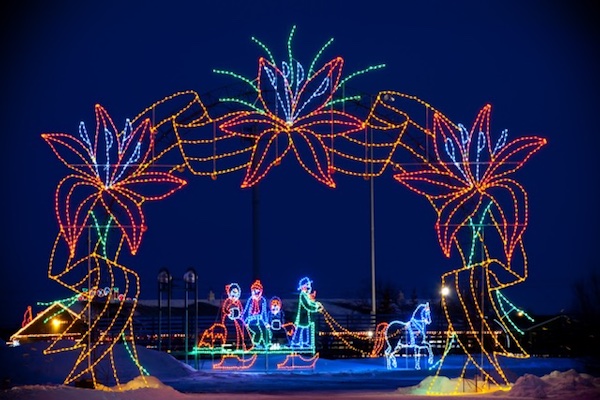 Canad Inns Winder Wonderland attracted 55,000 people during its run from December 2, 2016 to January 7.

“Even in the worst conditions, Winnipeggers bundled up and came out to support our annual event,” said Garth Rogerson, Red River Exhibition CEO.

“A big thanks goes out to them and to our crews who worked long hours to ensure that roads stay clear in blizzard-like conditions. Our folks were outside in some very cold conditions taking tickets, changing light bulbs and moving snow to ensure the lights weren’t buried.”

It was the 17th year for the lights and its fifth-best attendance, organizers say.

Proceeds will see $7,000 each going to KidSport Manitoba and the Red River Exhibition Foundation.