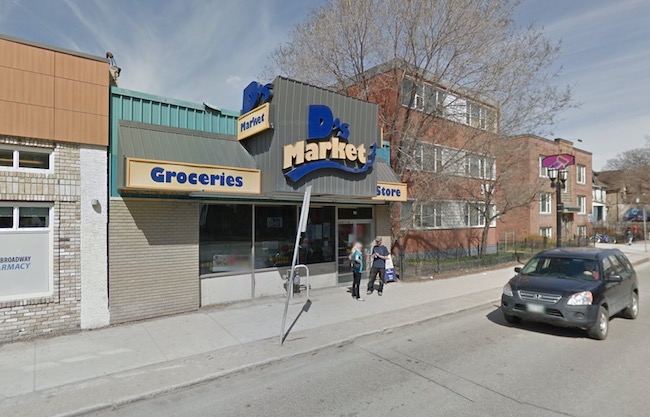 D’s Market at 591 Broadway was robbed early Thursday, January 19, 2017. A suspect also fired a gun inside the store being taking off. (GOOGLE STREET VIEW)

Winnipeg police are looking for three male suspects after a convenience store in the 500 block of Broadway was robbed and shot up on Thursday morning.

The lone clerk of D’s Market was accosted at around 2:15 a.m. and a quantity of money was stolen. One of the suspects fired a gun while fleeing the store.

No one was injured in the incident.

A third suspect remained outside.

Police say all three suspects are about 5’6″ in height. Two had their faces covered and another was carrying a long-barreled firearm.