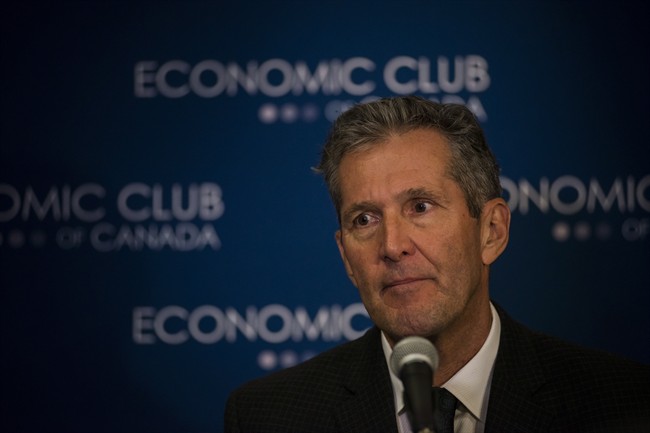 Manitoba Premier Brian Pallister speaks to the media questions after a speech at the Economic Club of Canada in Toronto on Friday, January 13, 2017. (THE CANADIAN PRESS/Christopher Katsarov)

WINNIPEG — Premier Brian Pallister is coming under fire from the NDP after comments he made in Virden, Manitoba earlier this week likened indigenous night hunting to a “race war.”

In a speech to Progressive Conservatives members, Pallister said the right of indigenous people to hunt moose after dark is a “dumb practice.” Night hunting is illegal for all other citizens.

“To claim behind closed doors that there is a ‘race war’ in your province and to then leave for a multi-week vacation in Costa Rica is not leadership — it’s irresponsible. The premier should return to Manitoba immediately, apologize for his insensitive comments, and start discussions on solutions that work for everyone.”

Kinew added Pallister should “get back to the job of being the premier” and return from Costa Rica — where he spends six to eight weeks a year.