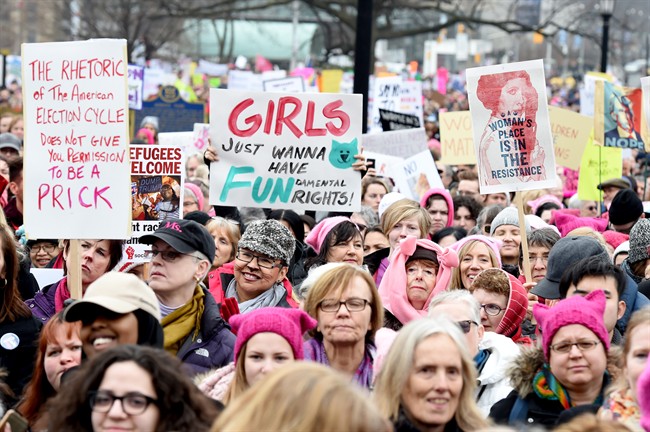 WINNIPEG — Monday marked the start of Women’s Equality Week in Manitoba, beginning with a panel discussion, Empowering Women in Leadership.

“Although women have made tremendous strides over the last 100 years, we still have fewer opportunities than men to benefit from economic development and we participate in the labour force at lower rates,” said Squires.

The event picks up on the theme of the Lift Her Up campaign, which calls on Canadians to stand up against bullying and sexist or violent language towards women. The public can follow the discussion on social media using the hashtag #LiftHerUpMB.

Speaker Myrna Driedger and the Equal Voice Manitoba organization will mark 100 years of women’s suffrage at the Legislative Building on Tuesday.

Roundtable discussions are also planned in Gimli and Brandon this Friday and Saturday. To register for either event, email contact [email protected] or call 1-800-263-0234.