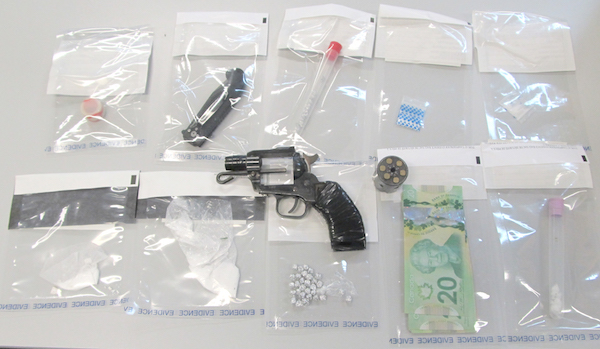 Drugs and a handgun were seized from a Portage la Prairie motel on January 20, 2017. Two people from Winnipeg remain in custody. (RCMP HANDOUT)

RCMP in Portage la Prairie executed a search warrant at a local motel last Friday, where they seized a number of items.

Police entered the motel on 20th Street SW at around 10 p.m., where they located crack cocaine, cocaine, amphetamine, prescription pills, cash and a handgun that was reported stolen in 2013.

No one was injured during the search.

Lisa Hallson, 30, and Code Ouellette, 31, both from Winnipeg, face a number of charges and remain in custody.