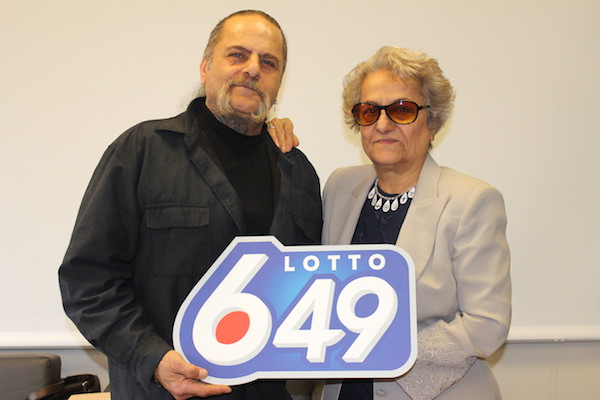 A Winnipeg man and his mother played a special set of numbers to help them win $5.3 million.

Bahadur Sultani, who is a truck driver, purchased the winning Lotto 6/49 ticket while travelling through Alberta. He checked the numbers for the December 28 draw upon returning to Winnipeg.

“Years ago, after my sister passed away, she came to me in a dream and gave me the numbers 40, 41, 1 and 15,” Sultani said. “When I told my mom about the dream, she told me I should play the lottery; that maybe the numbers would bring me good luck.”

Sultani regularly calls his mother, Aghdas Mehdizadeh, for input on the last two numbers when playing the lottery.

The winners plan on using their windfall to move Mehdizadeh to British Columbia and purchase a perfect “monster truck” for Sultani. A portion of the winnings will also be used to help the less fortunate.

The ticket was purchased at the Fas Gas service station located at B-7960 50th Avenue in Red Deer, Alberta.