Goldeyes’ Favourite Reggie Abercrombie Back for 2017 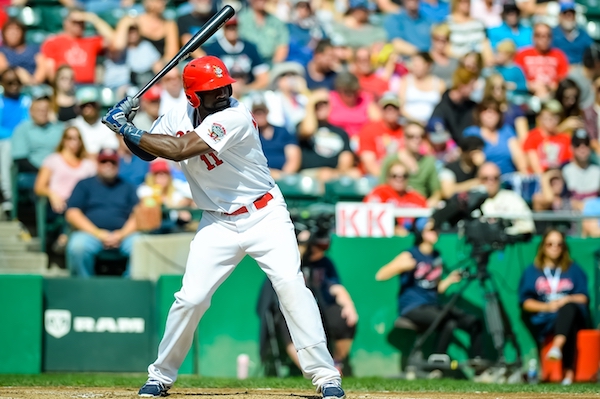 The fans love him and the Winnipeg Goldeyes are impressed enough to bring him back for 2017.

Centre fielder Reggie Abercrombie has re-signed with the baseball club for a fourth season.

“I’m very pleased to have Reggie back,” said Goldeyes’ manager Rick Forney. “He is a good veteran not only in terms of on-field production, but his clubhouse leadership is impeccable as well.”

The Columbus, Georgia native, 36, was the first player in league history to accomplish 22 home runs and stole 34 bases for the Sioux Falls Pheasants in 2010.

The Goldeyes now have 12 players under contract for the 2017 season, including 10 from their 2016 championship team.