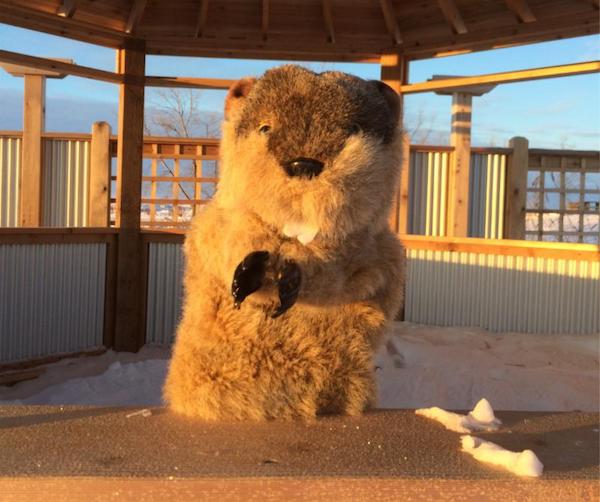 WINNIPEG — Given the mid-January thaw southern Manitoba experienced, perhaps we deserve another six more weeks of winter? At least Manitoba Merv seems to think so.

The groundhog puppet poked his head out of his burrow Thursday morning at Oak Hammock Marsh Interpretive Centre and saw his shadow.

“Our little plush weather forecaster’s track record is surprisingly quite accurate. For the past 23 years, Merv has correctly predicted the arrival of spring and only made one mistake,” officials at the centre said.

While having to deal with winter for another six weeks may sound depressing, that’s typically when the first geese return anyway.

Back in the city on Reenders Drive, Winnipeg Wyn — the woodchuck from the Prairie Wildlife Rehabilitation Centre — also saw her shadow.

#GroundhogDay: No matter how many more #winter days are predicted, just make the best of it! #ConnectWithNature https://t.co/9VEshjcalE pic.twitter.com/ogH2yMXL79