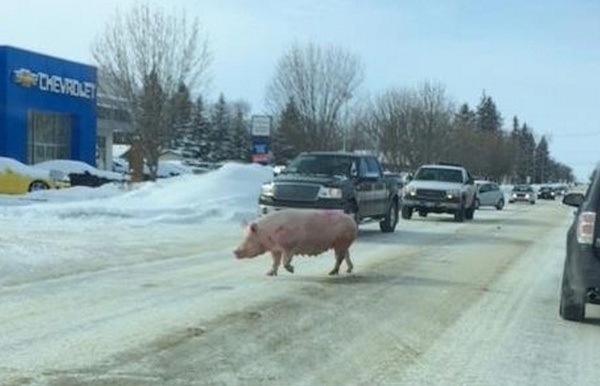 File this under small town problems.

A rogue pig halted what little traffic Altona, Manitoba has on Monday afternoon before being corralled onto a trailer.

“Police attended and were able to direct the pig out of town,” police wrote on their Facebook page.

The pig wasn’t injured while roaming free and its owner was located to help round up the animal.

Until next time, Babe.