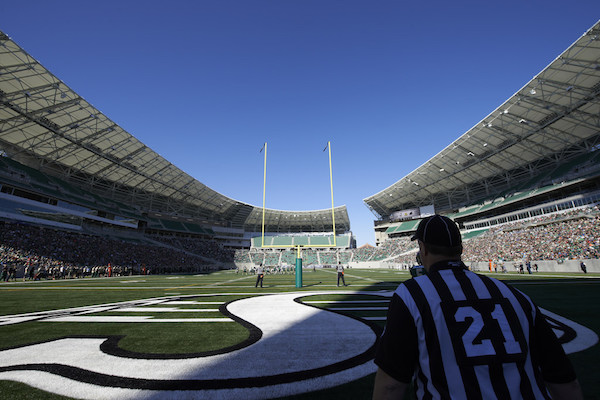 WINNIPEG — Two prairie rivals will go head-to-head to christen the new Mosaic Stadium in Regina to open up the 2017 CFL regular season.

The Canada Day game between the Winnipeg Blue Bombers and Saskatchewan Roughriders is slated for 8 p.m. July 1 before the Bombers return to host Calgary on July 7 for their home opener.

“Overall, we are pleased with the schedule that has us playing on Thursday and Friday nights in the summer with later start times for our fans,” said Bombers’ president and CEO Wade Miller.

“The CFL worked extremely hard to accommodate all teams as best as possible, and we are excited as an organization to build off of last year.”

The Bombers will host the Banjo Bowl game against the Saskatchewan Roughriders on Saturday, September 9 at 2 p.m.

See the complete schedule below: