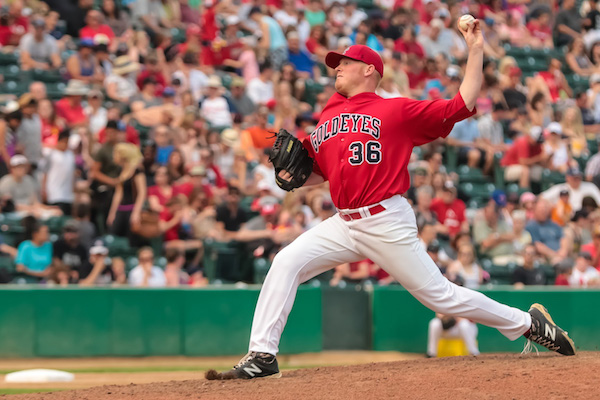 Left-handed pitcher Kyle Anderson is back in the Winnipeg Goldeyes fold for a fourth season.

The Woodinville, Washington native was 3-1 with one save and a 3.44 ERA in six starts and 23 relief appearances last season. Anderson totaled 73.1 innings, walking just seven, and striking out 37.

“Kyle did a great job filling many roles last year,” said Goldeyes’ manager Rick Forney. “He’s a good, consistent strike- thrower, which allows him to succeed and be a versatile asset to your pitching staff.

The Goldeyes now have 14 players under contract for the 2017 season.