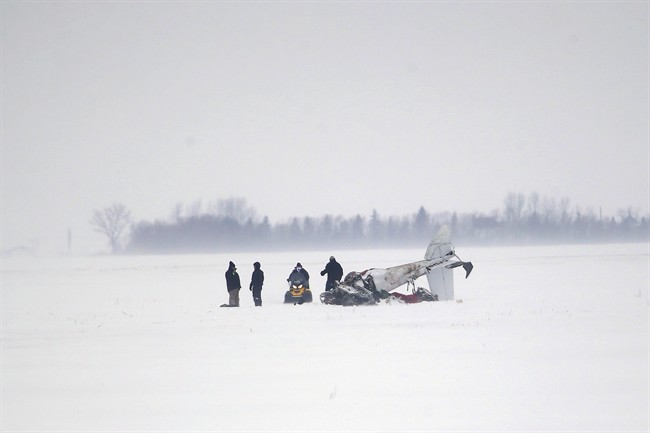 Transport Safety Board and RCMP investigators work at the scene of a fatal plane crash 11km outside of Brunkild, Man., on Friday, February 10, 2017. Two men were killed in the crash. (THE CANADIAN PRESS/John Woods) 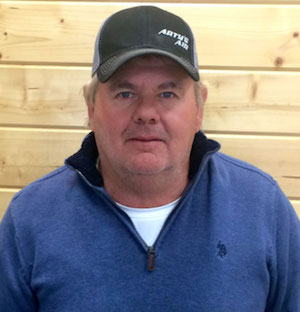 Art Paetkau has been identified as one of the men killed in a plane crash southwest of Winnipeg on Thursday, February 9, 2017. (ARTY’S AIR)

The Cessna 185 took off from St. Andrews Airport just after 6:30 p.m. destined for Winkler. It went down shortly after in a field near Brunkild, Manitoba.

The deceased have been identified as 60-year-old Art Paetkau and a 41-year-old man. Paetkau was the registered owner of the aircraft according to aviation records and the owner Arty’s Air since 1979

Wreckage of the small aircraft was located in a field just off Highway 305 at around 1 a.m. Friday.

The Transportation Safety Board of Canada currently has two investigators at the scene.

RCMP say weather conditions were poor at the time and visibility was low.

Brunkild is located about 45 kilometres southwest of Winnipeg.