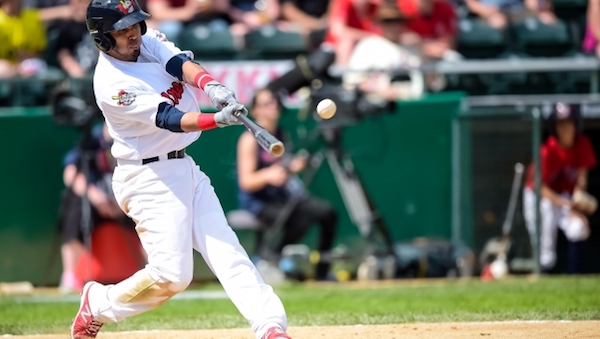 Shortstop Maikol Gonzalez is suiting back up with the Winnipeg Goldeyes for 2017.

The San Francisco, Venezuela native was the only Goldeyes to play in all 100 games last season, hitting .256 with three home runs and 43 RBI. He finished tied for sixth in the American Association in runs scored (72), tied for second in stolen bases (31), and second in walks (75).

“Maikol had a great year for us on both offence and defence,” said Goldeyes’ manager Rick Forney. “I expect him to set the table and once again be among the league leaders in runs scored.”

The Goldeyes now have 17 players under contract for the 2017 season.