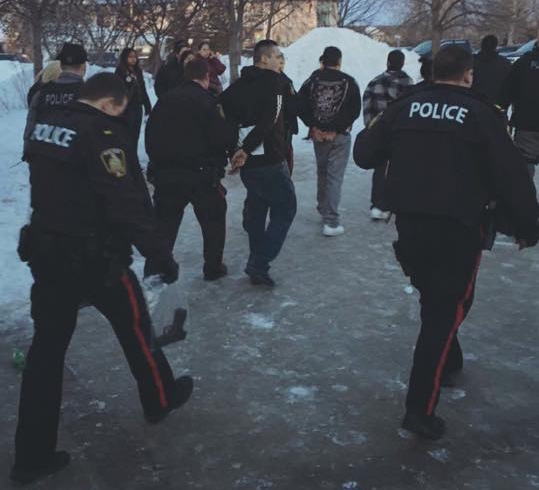 Three men were arrested Sunday evening at Dakota Community Centre after a replica handgun was pulled out during a hockey game. (@BDNMBCA / TWITTER)

WINNIPEG — Tense moments filled the stands at Dakota Community Centre on Sunday when a replica handgun was pulled out during a fight between attendees of two rival teams.

Police responded to the Jonathan Toews Sportsplex in St. Vital at around 5:45 p.m.

Police say three men came to the arena and began a fight with another three men. Staff and security personnel intervened to break up the group. During the scuffle, one of the men pulled out what was found to be a BB/pellet gun.

Witnesses on scene could be heard in a Facebook video (below) saying “someone has a gun.”

No one was injured and three men have been arrested:

No one was injured and three men have been arrested.

The arena was evacuated and the hockey game cancelled as a result of the incident.