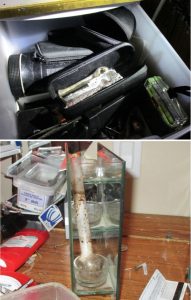 Two people from Virden have been charged after a drugs and weapons bust in the community. (RCMP HANDOUT)

Two people from Virden, Manitoba are in custody after a drugs and weapons bust in the community.

RCMP executed a search warrant on a residence on February 3, where they located cocaine, crack cocaine, psilocybin (mushrooms), marijuana, drug paraphernalia, a firearm, a knife, an undisclosed amount of cash and cell phones with SIM cards.

Jenna Mallette, 22, and Kasey Packham, 26, have been charged with possession for the purpose of trafficking, possession of proceeds of crime and possession of a weapon for a dangerous purpose.

The two have been released on a promise to appear.