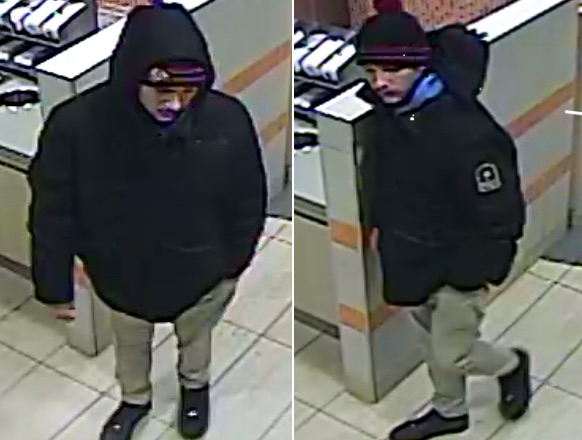 Police are looking for this man, who they say stole a woman’s purse from a Winnipeg restaurant on January 27. (WPS / HANDOUT)

Winnipeg police have released surveillance photos of a man accused of stealing a woman’s purse from a fast food restaurant on January 27.

The victim — a woman in her 50s — was dining in the 1100 block of Main Street at around 7:40 p.m. when her purse was grabbed by a male suspect. He fled the area before police could arrive.

He is described as aboriginal in appearance, 5’10” in height, with a pockmarked face.