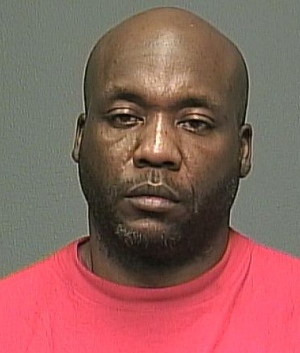 Perez Adaryll Cleveland has been charged with first-degree murder in the death of Jennifer Barrett, 42. (WPS / HANDOUT)

WINNIPEG — The remains of a 42-year-old woman have led to charges being laid against three of her roommates.

Winnipeg police say the body of Jennifer Barrett was found badly decomposed in a barrel filled with chemical agents on the property of a Waverley Heights home on December 1, 2016.

Police say Barrett had been beaten over the span of several days in August.

During their investigation, police executed a search warrant on the property and confirmed Barrett’s identity through forensic lab results.

Perez Adaryll Cleveland, 43, an American-born Canadian citizen, has been charged with first-degree murder. He was arrested while in custody at Headingley Correctional Institution.

Jessica Elizabeth Reid, 34, of Winnipeg and Holley Alyssa Sullivan, 28, of Calgary have both been charged with accessory after the fact of murder. Sullivan was arrested in Calgary, while Reid was picked up at a Winnipeg residence.

All three suspects remain in custody.