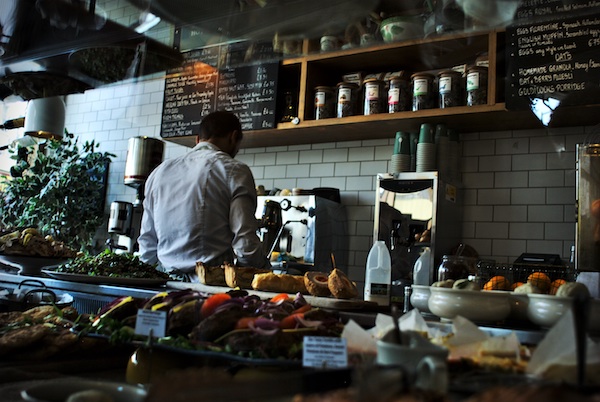 NEEPAWA, Man. — Look down any Main Street in rural Manitoba and you’re guaranteed to see one thing — lots of small businesses. Small businesses are the backbone of the Canadian economy, but nowhere is this more evident than in rural communities. In Manitoba, Statistics Canada reported that in 2015, 97.6 percent of the province’s businesses were small.

Small business owners who want to sell their business face a myriad of challenges, the hardest of which is to find a buyer. You don’t have to look far to find a number of small businesses that sit for sale for a while, waiting for the right buyer. Many small businesses are a family affair, with children growing up in the stock rooms, dining rooms and at the tills. These children are ideally positioned to take over the business once their parents want to step back, they have years of experience and know the business inside-out. Additionally, passing a business down to their children is the dream of many entrepreneurs when they first open their doors.

The problem is that the Income Tax Act makes this an expensive dream. When a person sells their small business, family farm or fishing corporation to an unrelated third party, the difference between the sale price and price paid to originally purchase the business is considered a capital gain. A certain portion of the proceeds from the sale are also tax-free through a capital gains exemption, the rest of the proceeds are taxed at the capital gains tax rate. However, if that person were to sell the business to a family member, which not considered an arm’s length sale, they lose this more favourable tax treatment and all of the profit is classed as dividends, which are taxed at a higher rate than capital gains.

When given two possible motivations for an action, Revenue Canada assumes that Canadians are always motivated by tax avoidance, which leads to this unequal treatment. When a parent sells their business to a family member, Revenue Canada assumes that parent is only doing it on paper as a way to take money out of the corporation without paying the associated taxes, yet retain control. While I’m sure this has happened, the end result is that for all of the small business owners looking to legitimately retire and pass their business on to a child, there is a significantly higher cost than if they were to sell it to a third party. That’s not good news for the rural communities that rely on the products and services offered by our small businesses.

Last summer, federal NDP MP Guy Caron put forward a Private Member’s Bill that would change this unequal treatment. A similar bill was introduced by Liberal MP Emmanuel Dubourg in a previous session. The bill went to vote on February 8, where it was defeated.

Speaking on behalf of the government, MP Ginette Petitpas Taylor, Parliamentary Secretary to the Minister of Finance, explained that while the bill was well-intentioned, the government was very concerned about unintended consequences and whether it would really work. They worry that the exemption would unfairly benefit wealthy individuals instead of members of the broader middle class. In all, she explained, the Minister of Finance believes that the proposed amendment would cost the federal government between $350 million and $1.2 billion a year.

MP Caron countered the claims saying that he worked with tax experts to make sure the bill wouldn’t be too costly for the government and their estimate points to lost revenue between $75 million and $100 million, to level the playing field.

Maybe this wasn’t the right proposal, but this is an important case of inequity that deserves a solution. The Canadian Federation of Independent Business reports that 66 percent of small businesses will change hands in the coming decade. This is combined with the statistic that one-third of small and medium-sized business owners would like to see to family members take over their business. We want to see businesses carry on with the best possible successor and if that’s an owner’s child, there shouldn’t be a penalty — our communities can’t afford it.