RCMP Using ‘Pods’ to Transport Some Prisoners in Northern Manitoba 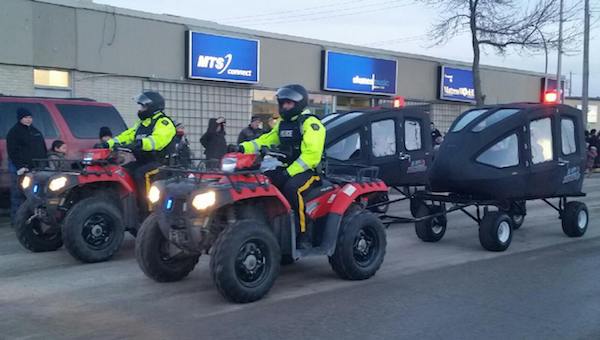 RCMP in northern Manitoba are using a new method to transport prisoners — pods.

The pods, which are heated, lit and equipped with a prisoner securement, are pulled behind snowmobiles and ATVs where traditional vehicle use may not be accessible.

Police in The Pas say the pods can also be used to transfer patients involved in ATV or snowmobile collisions, missing or lost hunters investigations, remote crime scene investigations, transportation needs during or after major snow storms and a variety of other uses.

The pods are also equipped with a year-round “wheel to ski” change out, RCMP said on their Facebook page.