Province Warns to Stay Off Red River as Ice Weakens 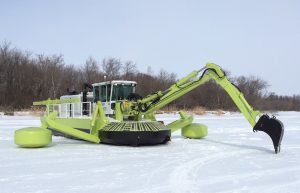 WINNIPEG — People are being asked to stay off the Red River in the Winnipeg area the same day The Forks reopened a portion of the Red River Mutual Trail.

The Manitoba Infrastructure’s Hydrologic Forecast Centre says rising river levels and high water from the United States flowing north could possibly weaken and break the ice. Levels are expected to rise between eight and 10 feet and peak within four to six days.

The province is also warning people about ice conditions on southern rivers and lakes that may be hazardous.

The official spring flood outlook will be released on Monday.