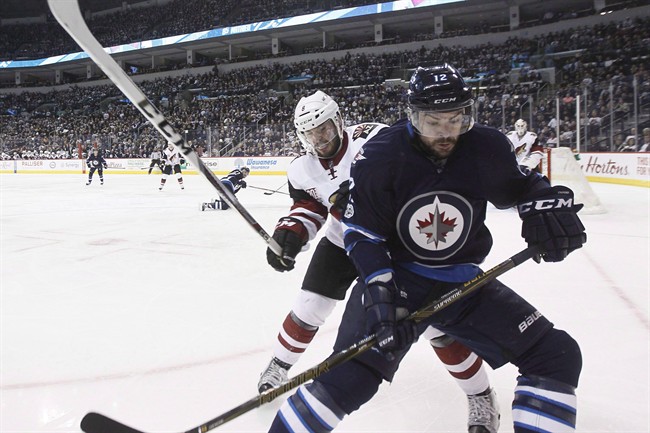 The Winnipeg Jets have made a last-minute trade that will see forward Drew Stafford dealt to the Boston Bruins.

In exchange, the Jets acquire a conditional sixth-round pick in the 2018 NHL Draft from the Bruins.

The 31-year-old arrived in Winnipeg from the Buffalo Sabres on February 11, 2015 along with defenceman Tyler Myers. In exchange, the Jets sent Evander Kane and Zach Bogosian to Buffalo.

Stafford played in 144 games with the Jets during parts of the last three seasons, scoring 34 goals and adding 36 assists for 70 points.