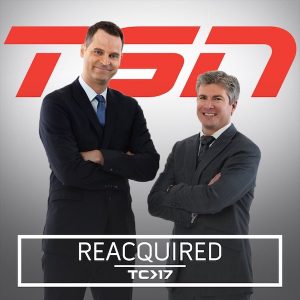 TSN announced Wednesday that the duo will host a new version of SportsCentre, SC With Jay And Dan,” that will air weeknights at midnight ET and loop the following morning.

The announcement comes a week after Fox Sports One cancelled their “Fox Sports Live” show and chose not to renew their contracts.

“I’m excited to be coming home to TSN,” Onrait said in a statement. “Also, I was about to be deported, so the timing couldn’t be better.”

Onrait and O’Toole moved to Los Angeles to join FS1 in 2013 after 10 successful years hosting SportsCentre.

“I can’t tell you how many people have told me and Jay they grew up watching us on SportsCentre,” O’Toole said. “It’s what makes returning to the SC brand so special. It’s what we love doing. It’s what we have the most fun doing, and honestly, it’s the only job we know how to do. We have no other skills.”