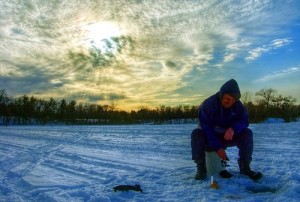 With warmer temperatures this weekend and high water moving north into Manitoba, anglers are being asked to remove their ice-fishing shelters from the Red River.

The province is asking that all shelters be removed by Sunday, March 12.

Many shelters in the Selkirk area have already been removed so ice-cutting efforts can continue, but many still remain in the Lockport area.

The deadline for removal of shelters from the rest of southern Manitoba is March 31 and April 15 for the remaining portions of the province.