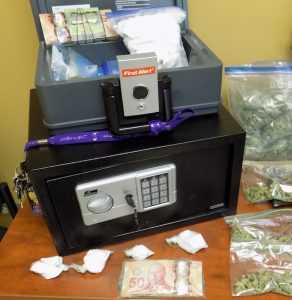 Five people have been arrested after drugs and weapons were found in two residences on Peguis First Nation.

Manitoba RCMP executed two search warrants on March 3, where they located 1 kg of cocaine, 233 grams of marijuana, seven firearms, and a significant amount of cash.

“The removal of such a large quantity of drugs and weapons during this seizure in Peguis First Nation will definitely have a positive impact in the community,” said Sgt. Paul Manaigre.