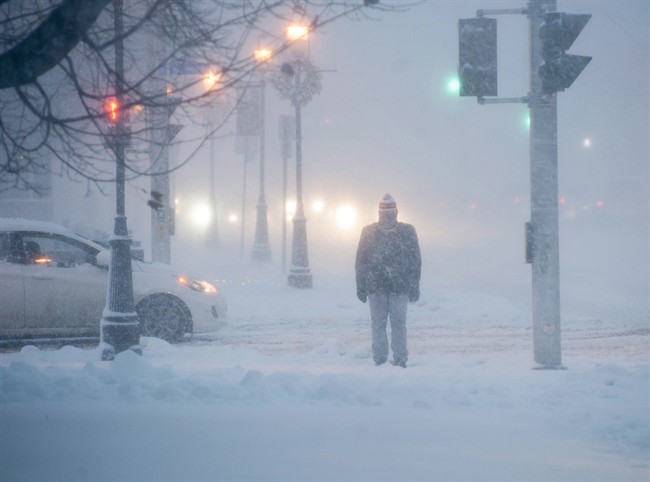 WINNIPEG — Southern Manitoba is being hit hard by a late winter storm that developed Monday and continues to have an impact until at least early Wednesday.

West of Winnipeg was seeing the worst of the conditions, combining falling snow and northwesterly winds with gusts in excess of 90 km/h at times.

The system forced the closure of Brandon University and Assiniboine Community College on Tuesday to all students and staff due to high snow drifts and strong winds. Photos and video on social media showed driving conditions within the Wheat City to be a challenge, with snow-logged roadways, ruts, icy patches and vehicles getting stuck at intersections.

A number of Manitoba highways remain closed and more roadways are continually being added to the list. To see updated closures, visit MB511.ca.

This same system will head east later today and arrive in Winnipeg by late morning or early afternoon according to active radar. Snow accumulations could vary between 5-10 cm, substantially lower than what our neighours to the west experienced. Further to the north, portions of Manitoba could see up to 50 cm by the time the system moves on.

“The public is advised to postpone travel in western Manitoba, eastern Saskatchewan and northern Manitoba until the storm passes,” Environment Canada advised.

I am staying home!! First snow day in forever!! ????? be safe out there! #manitoba #canada #mbstorm

There is so much snow I don’t even think my sisters will make it to work ? #mbstorm

Roads in Winnipeg aren’t great but we’ve had much worse this year. #mbstorm