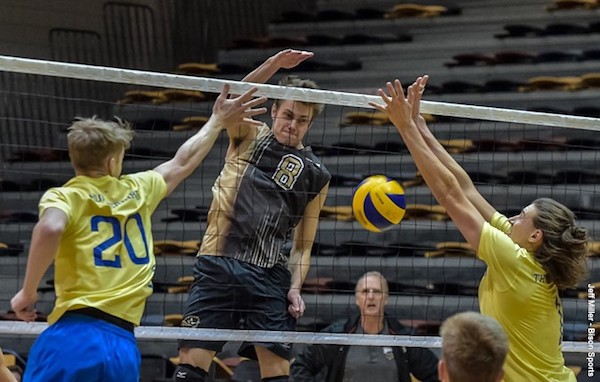 WINNIPEG — Win or lose this weekend, the Manitoba Bisons are headed to the Canada West nationals next weekend in Edmonton. But they don’t plan on dropping a single set.

The #2 Bison men’s volleyball team has been near perfect all season long under head coach Garth Pischke. The Herd is looking to continue that trend this weekend when the UBC Thunderbirds come to down for the Canada West Final Four.

“It’s going to be a battle,” Pischke said. “Each and every one of these teams has fought very hard to get here. It’s been a long, gruelling season but I know this championship is going to bring out the best in the teams.”

Manitoba finished in first place with 21-3 conference record in the 2016-17 regular season and will host the Final Four for the second time in the program’s history (2003-04 season).

The Bisons will meet UBC Friday at 6:30 p.m. The Trinity West Spartans and Alberta Golden Bears will follow at 8 p.m. A bronze medal match and gold medal match will take place Saturday at 6 p.m. and 8 p.m., respectively. All games are at Investors Group Athletic Centre on the U of M’s Fort Garry campus.

Win a four pack of tickets!

We have four packs of tickets to give away for four people each. Be one of the first people to email contests(at)chrisd.ca with your first and last name, and specify which night you would like to attend (Friday or Saturday). Winners will be contacted via email by Friday afternoon. 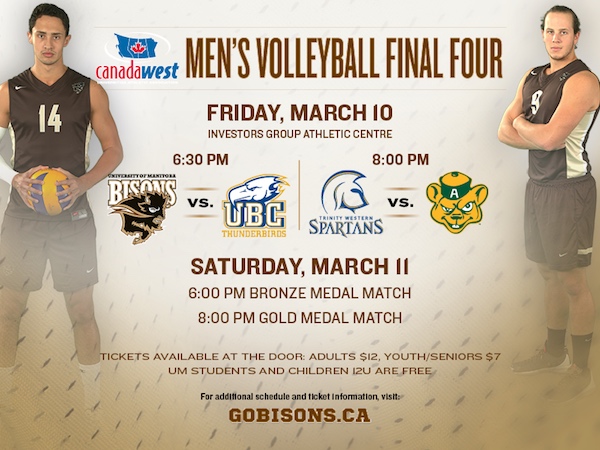