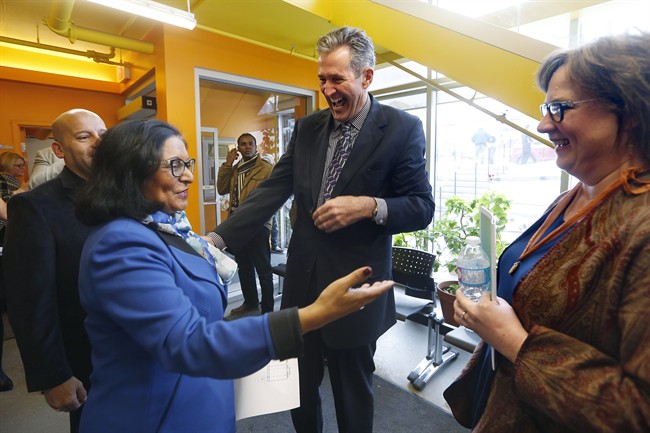 WINNIPEG – Prime Minister Justin Trudeau has yet to respond to Manitoba’s call for help in dealing with an influx of asylum-seekers crossing the border from the United States, Premier Brian Pallister said Thursday.

Pallister said he wrote to Trudeau more than a week ago to ask for money for housing, welfare, language training, legal aid and other services for border-crossers.

“We have limited resources like, frankly, all provinces, but more so because of the financial situation we’ve inherited. And it is unfair to stand by and watch … while others are doing the heavy lifting,” Pallister said.

“We’re proud to be part of Team Canada but we need the federal government to step up and do its job.”

Pallister also wants Trudeau to call U.S. President Donald Trump “to be sure that he understands the circumstances and the danger of the situation.”

The small community of Emerson, Man., has seen a sharp increase in the number of people walking over from the United States in recent months, but not at official border posts. Many of them are originally from African nations who fear deportation from the U.S. under a new immigration crackdown.

They cross over fields and through ditches because they would be turned back at official border points if they have already made a refugee claim in the U.S. If they make it onto Canadian soil before being apprehended, they can stay in Canada and go through the normal refugee application process.

Goodale has also said he will raise the issue with U.S. Homeland Security Secretary John Kelly in a face-to-face meeting scheduled for Friday.

Pallister said his government needs help, because it is already looking at millions of extra dollars in support services costs, and the number of refugee claimants could grow as the weather warms up.

“These are real people with real needs, and a real cost is being incurred, and the sharing has to start very, very soon here.”