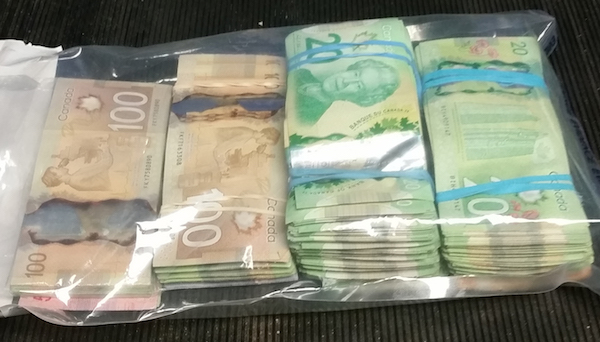 Cash seized in Miami, Manitoba after police executed a search warrant at a home on March 10, 2017. (RCMP HANDOUT)

RCMP in Miami, Manitoba came across a bundle of items on March 10, resulting in the seizure of $25,000 in cash, marijuana, and a stolen ATV.

Police executed a search warrant at a home in the community that morning, where they also arrested four occupants inside.

Reuben John Reimer, 34, of Morden, ha been charged with possession of proceeds of crime, possession of stolen property and drug-related offenses.

A male youth was released from custody and wasn’t charged.